Ostrava awarded extraordinary contribution to the development of the city by awarding the City Awards. The proposal of the Committee for the Award of Honorary Citizenship of the City Awards was approved by the Ostrava representatives at their November meeting. The nominated personalities received the City Awards from the hands of Mayor Tomáš Macura, and the winners received a plaque and a financial gift. The City of Ostrava Prize was awarded to Mrs. Ilona Rozehnalová for her contribution to the civic and community life of the city. Ms. Lenka Mynářová received the award for her activities in the field of technical education, science, research and talent development support. Mr. Josef Pleskot was awarded the city prize for extraordinary contribution to the development of the city in the field of architecture.

Since 1996, the City Awards have been given to important personalities who have played a key role in some of the areas of life in the city, social, cultural, sports, scientific, artistic and others. Among the previously awarded personalities are, for example, singer Věra Špinarová, director of the Ostrava Zoo and Botanical Park Petr Čolas, member of the national hockey team of the Czech Republic at the Winter Olympic Games in Nagano František Černík and others. From the very beginning, 34 City Awards have been awarded (the Janáček Philharmonic Orchestra of Ostrava, the Kubín Quartet and co-authors of the extensive publication “History of Ostrava”) have been awarded three times. Detailed information on the individual awards can be found at https: //www.ostrava. cz / cs / o-mesta / vyznamne-osobnosti / ceny-mesta-ostravy.

The City Prize was newly awarded to Mgr. Ilona Rozehnalová, Ostrava patriot, director of the Ornamental Association for Beautiful Ostrava and also the antiquarian and club Fiducia. The range of activities awarded is extremely wide, we can mention, for example, its involvement in issues of city development, organizing discussions on current topics, which brings to the public the most interesting in the field of literature, architecture and industrial heritage of Ostrava. It has long initiated the activities of institutions and individuals to understand the historical character of Ostrava and participate in the transformation of the city. 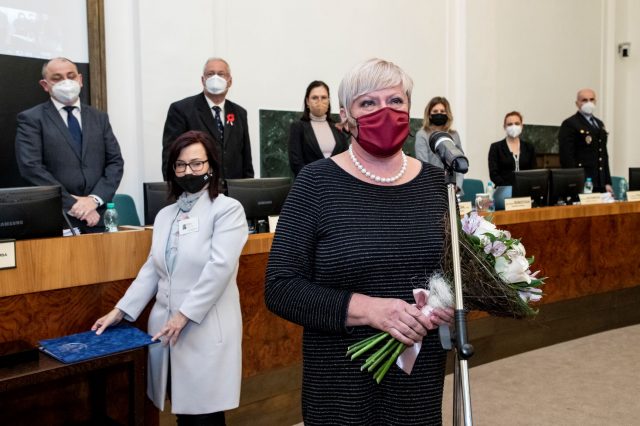 Awarded PhDr. Lenka Mynářová is the initiator of systematic support for teaching technical disciplines and talent for the city. He connects talents with experts, mentors, sponsors many talents. She is a co-author of the vision of a European important science learning center in Ostrava, a member of the professional team throughout the project implementation, a key professional guarantor of emerging educational activities. Through Nafigate corporation , which it manages and co-owns, it has managed to make the Czech Republic famous in the world.

The important Czech architect and urban planner Ing. arch. Josef Pleskot. He was a CTU teacher, and since 1991 he has run his own architectural firm AP atelier. He has received a number of awards for his realizations, and his buildings regularly represent Czech architecture in international exhibitions. He has contributed many of his works to the new face of Ostrava, including the revitalization of the Gong multifunctional auditorium, the World of Technology, the Bolt Tower, the Heligonka building and the Agricultural Museum in the Lower Vítkovice area. He is currently working on a bridge project across the Ostravice River, which will connect the city center with the area next year. He is also the author of the hitherto unrealized extension of the Gallery of Fine Arts called “White Shadow” in the city center and a promoter of positive changes in Ostrava. focus very different and varied, all significantly in the character of our city. At the same time, these are people of productive age and in full strength, which means, on the one hand, that they will still do a lot of good for our city, and on the other hand, they can become positive role models, ”commented Mayor Tomáš Macura on the city council’s decision.

In addition to the City Awards, the Ostrava City Council awards the Honorary Citizenship of the Statutory City of Ostrava as the highest form of award. It can be awarded to persons who have contributed significantly to the development of the city, its appearance and positive presentation at home and abroad, and as a special show of respect for extraordinary acts associated with personal heroism, which meant the preservation of moral, historical or cultural values. Honorary citizenship of the city was first granted in 1935 to President T. G. Masaryk. Other laureates include the poet Petr Bezruč, tennis player Ivan Lendl and war veteran, Colonel (ret.) Mikuláš Končický, for more details see https://www.ostrava.cz/cs/o-meste/vyznamne-osobnosti/cestni-obcane-mesta

previous
WaysTUP! News
next
We are an Impact Star in the Deloitte Technology Fast 50

Subscribe to our newsletter to receive the latest news and updates on NAFIGATE.